In recent times, the popularity of lizards in pet market has risen at a drastic pace. More and more people across the world are keeping lizards as their pets. The estimated number of lizard species across the world is more than 5000, but there are only a few lizards that can be kept as pets.  Before owning a lizard as a pet, you should perform research about it. This will help you to easily look after the lizard. Following are 10 lizards that are in popular demand as pets.

This lizard is ideally suited for all those individuals who haven’t dealt with lizards in past. During its initial years, the length of a Gecko varies from 18 to 25 cm, but as the years pass, this lizard grows up to 60 x 40 x 40 cm.

Since, this lizard species are submissive in nature, you wouldn’t face any sort of difficulty while dealing with them and hence they are ideal for first time lizard owners.

Leopard Geckos love feasting on the critters. So, you can feed them with a wide range of insects. However, this can turn out to be expensive because it has to be fed with insects until it refuses to eat anymore. Generally, a Gecko lizard eats approximately 10-15 insects in a day. After having a full meal, it won’t need food for at least 24 hours. The colour patterns & age primarily differentiates one Leopard Gecko from another. You can choose one depending upon your requirement. The average lifespan of this lizard is 15-20 years.

Also known as the ridge-tailed lizard, this small lizard is a dwarf and is an ideally suited candidate for being a pet. 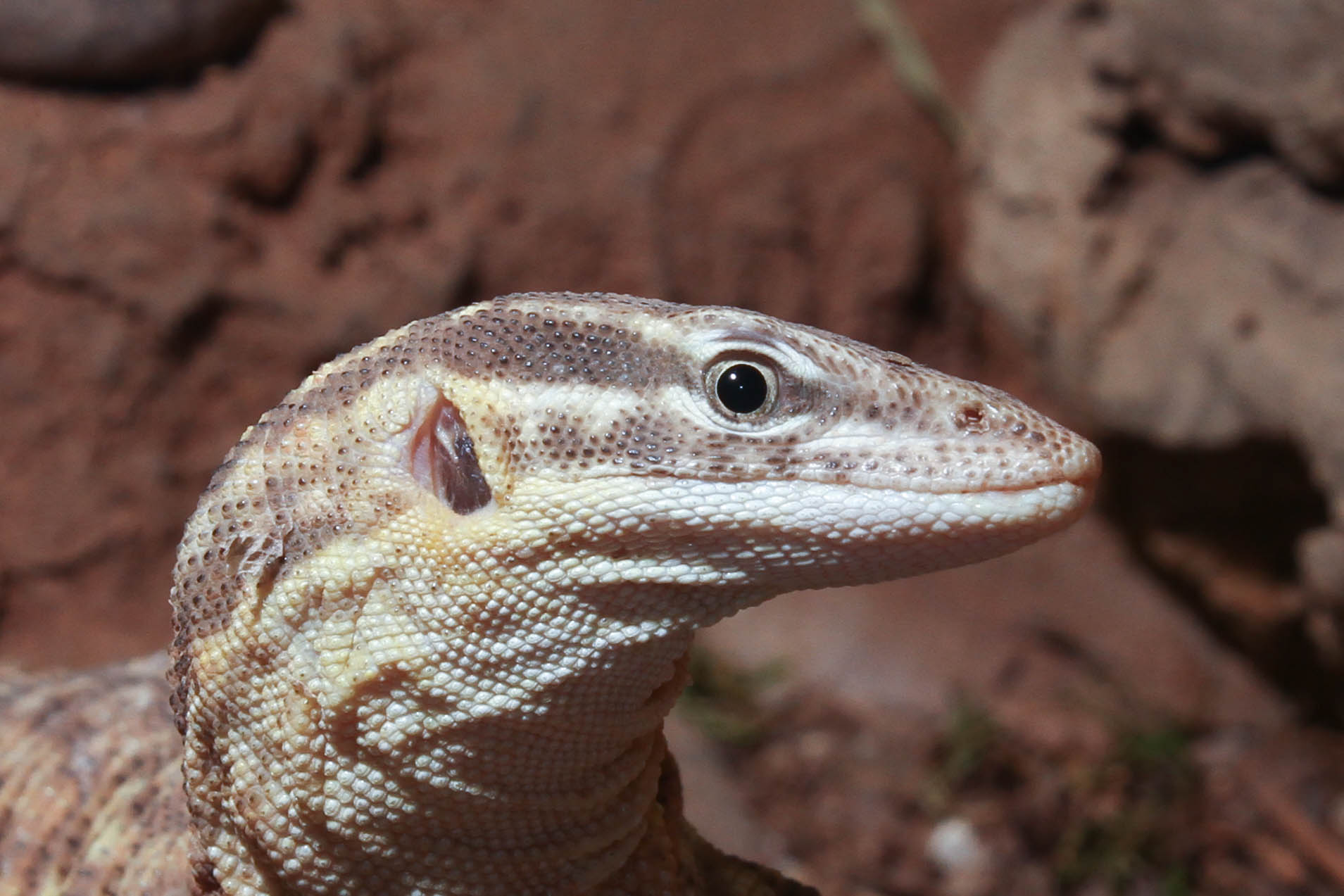 This beautifully coloured lizard looks like a miniature version of dragons. You can easily handle these little lizards and tame them even if you don’t have any previous experience of dealing with lizards (you might have to read about this lizard species before owning them). Ackies can be fed every alternate day, which would make your job easier. Also, they can survive on a wide range of food items such as crickets, insects and mice. The average lifespan of an Ackie is approximately 10 years and its size varies from 16-26 inches.

Bearded dragons, also affectionately referred to as ‘beardies’, are perfectly suited for being the first pet lizard. Their 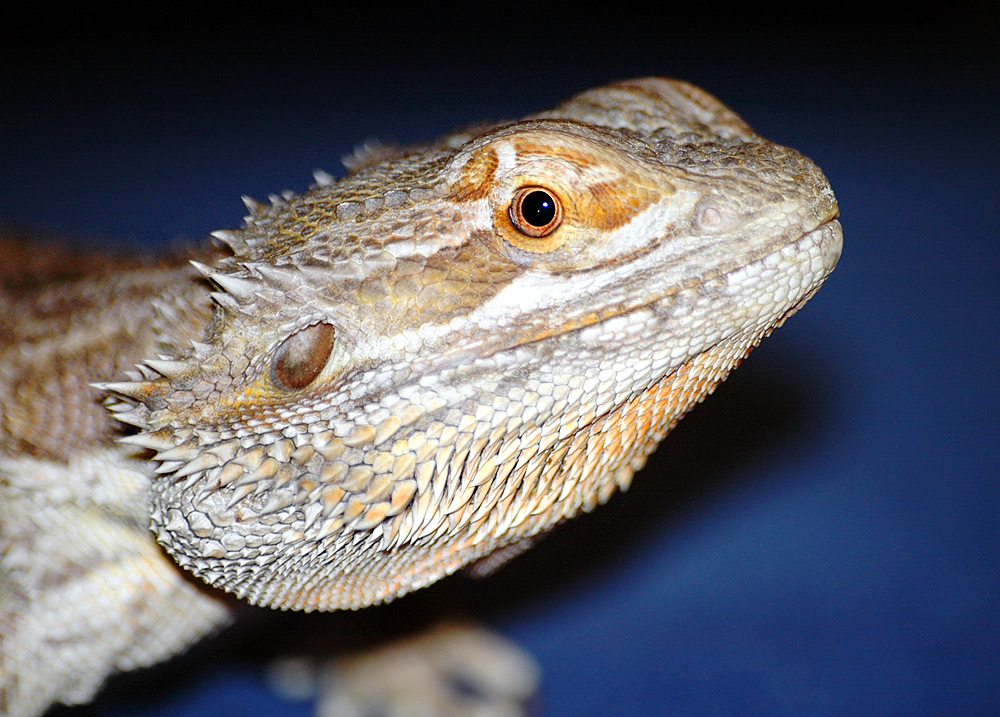 calm and docile demeanour, easy-to-care requirements and small size makes them favourite amongst pet lizard lovers. This pet lizard is highly active during day hours and has all the traits which makes for a great display animal. If you shower upon them unadulterated love and affection, then in a short time, they will start trusting you. Apart from this, their laid back approach makes them easy-to-handle.  The lifespan of a beardie is 8-10 years. Its size varies from 14-24 inches.

The Crested Gecko, also affectionately referred as ‘Cresties’, are extremely popular due to their simple care 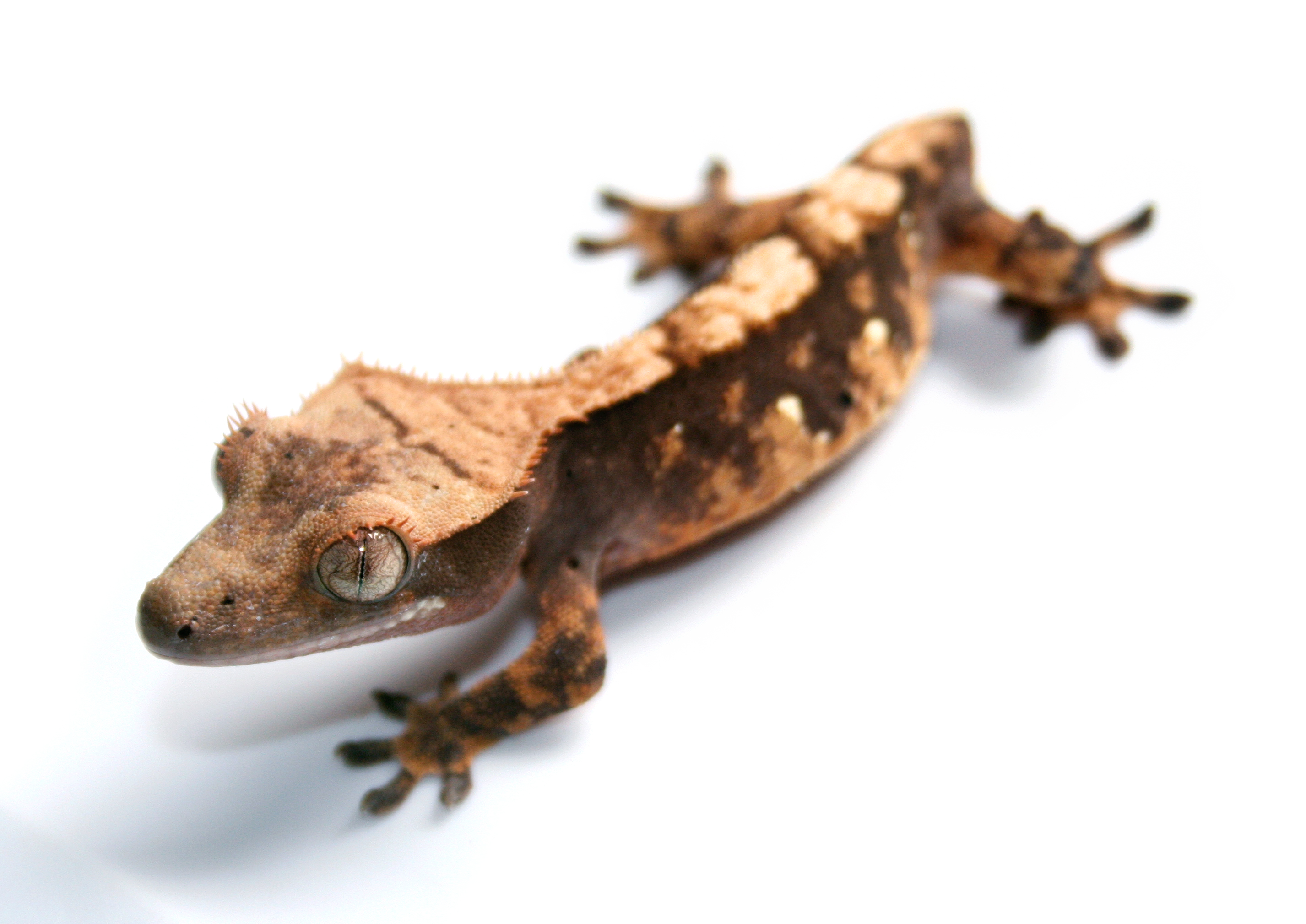 requirement. They don’t require any special treatment in terms of heating or lighting. But, if you happen to keep temperatures above 80 degrees F, then it might stress them up. You can feed them fruit-based powders by mixing it with water. In other words, you don’t have to stock your home with insects like you might have to do in case of above mentioned lizards. The colours and patterns differentiate one Crested Gecko from another. Since, their body is extremely delicate, they are prone to injuries. This is one of the reasons why you have to keep them in a safe place where they can’t hurt themselves. The lifespan of a Crested Gecko is between 5-15 years and their size varies from 5 to 8 inches.

The Argentine black & white Tegu, also known as Tupinambis merianae, is one of the largest known lizards for being

sold as pets. This lizard expects a bit more personal space than an average lizard owner provides. If this isn’t an issue for you, then this lizard would turn out to be a great pet. Tegus are widely revered for being one of the smartest reptiles. They can master simple tricks with ease and respond when their name is called upon. Their calm and laid back behaviour helps them easily socialize with humans. You can help them learn to walk at a young age using harness. Here, it’s essential for you to remember that not all Tegu species are suitable for being kept as a pet. For instance, Columbian Tegus are often aggressive and difficult to handle. The average lifespan and size of this lizard is 15 years and 3-4 feet respectively.

There are a plethora of blue-tongued lizard species, but Tiliqua Scincoides is one of the most commonly found

species. This lizard demands plenty of care and time, so before owning it, you’ve to mentally prepare yourself to take up the challenge. The calm and composed nature of this lizards helps in its easy maintenance. During its early stages, it can survive even on vegetables. Blue-tongued Skinks can survive up to 18 years. This means that your initial huge investment (they are far expensive than most pet lizards) will certainly pay off. Since, they tend to defecate on regular intervals, you would have to keep them in a larger ventilated terrarium.

There are innumerable breeds of iguanas, which tend to differ from each other on the basis of colour, body’s length

and various other aspects. The green iguana is one of the more popular species, so you can easily find it in pet stores. This large-sized reptile can measure up to 2 meters. This is one of the reasons why you might have a hard time keeping them indoors. If intend to keep them in a terrarium, then it has to measure at least 3 x 3 x 3 meters. With large-sized nails and bulky body, they often cause ugly bruises to their owners. But, in absolute contrast to what you just read, these lizard species have a reputation for being tolerant and well-behaved. Interestingly, Green Iguana is a herbivore , so its primary source of food is plants and vegetables. This is particularly good for all those individuals who don’t like the idea of feeding their pet lizards with heavily-priced insect food.

Popularly known as the American Chameleon, Green Anoles get the name from their ability to change colours from a

dull brown to a bright green. They can be commonly found in Florida. This lizard species can grow up to 8 to 9 inches. The male lizard of this species has a dewlap under its chin which it commonly uses for making territorial antics and displays. They are affordable and require 20-gallon tank’s size of the cage. These lizards are easy to take care of particularly if you can fulfil their basic requirements. It is essential for you to always maintain the humidity of cage between 60% – 70%. Avoid keeping a male Green Anole with another male of the same species because they might fight and kill each other. You can always keep males with females in a cage. These lizards can survive up 10 years, but if you’re keeping them in captivity, they might survive for not more than 5 years. If you are going to buy a Green Anole lizard, then you should thoroughly read about them and understand their basic requirements.

This nocturnal lizard species originated from the deserts of Western Africa. They are one of the rare Gecko species

that have eyelids. This is particularly needed in the deserts of Africa, as they have to constantly keep their eyes clean. Their docile and openness to humans make them an ideally suited lizards species for keeping as a pet. The body type of lizards resembles that of a Leopard Gecko. An adult African Fat-Tailed Gecko can grow up to 9 inches. When cared appropriately, they can survive up to 15 years as a pet. Generally, they have a brown coloured body with stripes. Similar to other Gecko species, this lizard also survives on little insects. You can feed them with insects on alternate days.

Over the years, the popularity of monitor lizards has seen a dramatic rise. They are literally the most sought-after pet

lizard in the market. Their small size, calm demeanour, intelligence, and cute face make them a favourite amongst lizard lovers. This lizard species eat a wide range of live insects. You can even feed them with various other protein food items. You need to avoid feeding them with food items that are high in fat because it can lead to health complications. An adult spiny-tailed monitor might need to be fed only 3-4 times a week. Instead of feeding them with dead insects, you should consider getting live crickets and insects.

Things you need to consider before getting a lizard:

Most lizards require UVA or UVB lighting. The cage is necessary irrespective of the lizard type you keep as a pet. In most cases, food is inexpensive, but if the lizard chosen by you is an excessive insect eater, then you might face storage problems. So, before choosing a lizard, you have to calculate the amount of money required for its maintenance.

Most lizards require just 5-10 minutes from your end. But, this is not applicable to all lizard species. In addition to feeding, some lizards also expect you to look after them diligently. These lizards demand a certain amount of love and time, barring which you should avoid owning them.

You have to plan well in advance for the storage of your pet lizard. If your home has extremely less storage, then you should avoid owning a large-sized lizard.