A lot of people think it is normal and acceptable  for a puppy to growl, bark and bite. They attribute this behavior to instincts caused by a continuous tooth growth. You probably know those behaviors are not ideal and you need to make sure that your puppy isn’t developing bad habits. 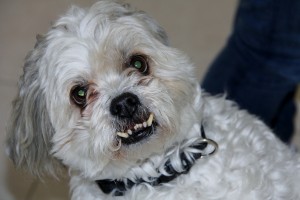 How to teach a puppy not to bite

The initial tooth growth primarily relates to chewing and eating most things around your household – shoes, wires, clothes, and toys.

Make sure that you train your dog early to prevent it from going on until adulthood.  Otherwise, you risk years of frustration.

Puppies often get in the habit of biting when you play with them. Everyone loves playing with their dog. But, make sure to not encourage biting. You can try out many games, including fetch or hide and seek. Treats are a good motivator, as are positive attention and new toys.

There are plenty of activities out there that do not involve biting.

While fighting and wrestling can be fun, they are too tough for many puppies, even if they seem to have fun. You are not helping them out. They are supposed to learn how to inhibit the will to bite. This is one of the reasons why puppies should not go to other homes and play with other dogs for at least a few months until they learn how to behave. Learning to accept other animals around is very important and proper training is the key to better results.

Tricks to Stop the Puppy From Biting?

Puppies bite a lot and their main motivation is to play. They are not trying to hurt you, but their teeth are often sharp and can cause bruising. When it comes to clothes or shoes, be very careful to put them up or prepare for a new wardrobe. The dog should know that it cannot bite, so do the opposite of a treat if it occurs.

Raising your voice, behaving roughly or hitting a dog are all negative experiences that should be avoided as it can have a detrimental impact on the puppy.

Since almost all dogs can and will bite at one point or another, this lesson is vital for the security of those around you, not to mention about your own safety.

In eight out of ten cases, new and less experienced owners allow their dogs to bite them and let them chew fingers without any rebuke. You probably find your puppy to be funny when it does that, especially if it also looks into your eyes. However, laughing at it and allowing it to chew your fingers makes it assume that such behaviors are acceptable. Instead, you should transmit a different message. Let the dog know that chewing fingers is painful. It might feel frustrating because it will still try to do it, but sooner or later, it will eventually get the idea.

Not sure how to help yourself in training the puppy not to bite? It is fairly simple, but make sure that your entire family supports this venture.

It becomes very helpful if other family members can lend a hand in the training as you will not be around all the time.

Whenever the puppy starts biting, redirect his attention to a toy and let him bite that instead. If it still bites you, make a sharp noise and stop the playtime right away. This sound will make your puppy understand that biting is painful. Restart the game and try to focus the puppy’s attention on a chewable toy and let him bite that.If it keeps nipping you, the game reaches to an end. When you do it in an obvious manner, the dog will learn that it hurts you. If it keeps doing it, leave the room and close the door behind you.

The dog will associate biting with isolation and lack of attention. On the same principle, do treat your furry friend and praise it whenever it plays mildly, without biting. Consistency is key to teaching your furry friend not to bite.

While you may have the education and knowledge to train the dog and keep it under control, do not leave kids alone with it, especially if they are younger than 12. Their actions and lack of education may often lead to unexpected problems and situations.

A puppy will instinctively nip on you when he/she is teething. Stop him and redirect his attention to a chewable toy or bone. This will help the puppy understand that he can only bite and chew specific objects that you give. This will help satisfy his urge and redirect the biting to the toy.

No one wants to experience pain and it’s natural that your dog will not enjoy it. Pain can lead to more aggression from your dog. It may work in a completely opposite direction – it can make the dog feel scared and  anxious.

Hitting the dog is highly contraindicated when training it. If you know that you cannot face frustration, get a dog toy instead.Other than that, hitting the dog might be misinterpreted as a game. Therefore, the dog might respond in an unpleasant manner.

Using a leash allows the puppy to play and chew it. As it tries chewing it, pull it back. Using commands is 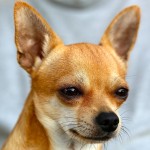 fairly simple. The Sit or Down commands can be easy to teach. Once the dog learns them, you can use them in order to stop a play session when behavior gets out of control, then restart playing. Playing is a form of social interaction. Ideally, you should start this session yourself to keep everything under control. This way, you can also stop the playing session whenever you want to end it.

Stop the session and leave the room when the game becomes too aggressive. Leave the dog alone for a couple of minutes, then return. If the game is still harsh, leave again. Keep doing it until the puppy realizes that you will leave the room if it bites. Not having a playing partner is not the most enticing thing in the world for a puppy and this strategy will become effective in no time.

While it might be tempting to take the dog out of the room, you are transmitting the wrong message. You are telling it that the game can go on in a different part of the house.  Most people should be able to train their puppies and prevent them from biting with simple techniques. Alternatively, if you find yourself running out of patience, an ultrasound device might be helpful. Make sure that you do not abuse it, so use it as little as possible and only as a last resort.

Remember to pet and praise the puppy once it stops biting.

It is recommended to avoid games that feel like warring. Stop chasing the dog and do not let it chase you either. Fights and all kinds of games that encourage the dog to bite are not recommended. Unfortunately, plenty of owners don’t know that,  so these are among their favorite games. Teach your dog to catch balls, chase soap balloons, find you around the house and so on. Buy some toys and introduce the dog to them.

Avoid giving it general stuff from your home, like shoes or towels. Fail to do this and the dog will assume that it can chew all the objects with your smell on them.

In conclusion, here are the most important tips on puppy biting 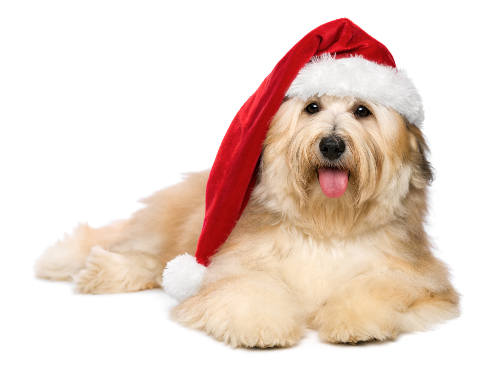